Ideal for families, groups or friends to enjoy the sky at night.

For as long as we can remember man has been interested in the sky at night and the stars, for leisure and also as a useful tool to determine information for hunting and hibernation or for those who prepare for winter or when its required to survive adverse climatic changes.

From the time of Aristarchus of Samos (310-230 a.) until today, Archimedes, Al- Farghani, Copernicus, Albert Einstein and Georges Lemaitre among many others, have never ceased to wonder about our origins, going forward from theory to theory.

We now know that we inhabit a tiny planet in a solar system ruled by the Sun that progresses in its first third life and is located on the outskirts of the Milky Way, a galaxy composed of billions of suns, other galaxies with a massive black hole at its center and is part of a galactic group called Local Group, which, in turn, is located within a super- cluster of galaxies. The universe consists of billions of galaxies like the Milky Way and has been calculated and aged between 13 500 and 13 900 million years, and its expansion is constantly accelerating.

Many scientific and technical advances open up new windows in the study of space: we have powerful terrestrial and orbiting telescopes, space probes reach the edge of the solar system and robots are on the surface of other worlds increasing the ability of man to his wonderful astronomical environment.

Today it is only possible to observe the sky when we move away from population centers. Luckily La Ribera has exceptional sites without light pollution that prevents us from observing the night sky.

Discover the story of a privileged place and its beauty, with the sunset, observations of an open heaven, you will be guided through our northern sky through the constellations and their mythology, and learn to approach the Science and Nature Astronomy through creating the habit of enjoying our skies.

The orange comes from southern Asia and reached Europe via Valencia and then spread throughout the world.

Mythology talks of the garden of the Hesperides, which grew golden apples that were guarded by nymphs and a dragon. Hercules killed the guardian of the garden, came in and took over those golden apples whom some consider oranges. According to some studies the etymology of the word orange comes from Sanskrit narang and Persian narensh. The Arabs who introduced the cultivation of orange in the Iberian Peninsula called it naranjah. The orange crop continued after the Arab period and proof exists of these trees in Valencia, in fact, The Lonja de Valencia from the fifteenth century, declared a World Heritage Site by UNESCO, has an open space called ‘Orange Tree Patio, as also other examples in the Mezquita in Cordoba. In the eighteenth century there is evidence of the first commercial orange groves used for consumption. Currently the orange groves cover an area of ​​150,000 acres with various varieties, satsumas, clementines, navel, navel late, navelinas, Valencia, salustianas, white and sanguine.

Orange are one of the best-known national and international indigenous products. The image of this fruit has been traditionally associated, for over a hundred years ago, with the Valencian countryside.

The area is especially beautiful between the months of March and April when the orange blossom leaves an intense aroma in the air heralding spring and, between the months of October and February, when most of the endless fields herald an orange glow contrasting against the green of the leaves, awaiting collection.

On this route you will discover the most prized architectural treasures left by the Orange golden age and learn how the crop was handled and marketed in the nineteenth century, as well as how it works today.

The tour runs for several hours, a whole morning or afternoon with the possibility of food included.

The Ribera Baixa coastline is ideally suitable for rice cultivation, as it has an extensive area of marshland.

Rice cultivation was introduced in the Iberian Peninsula after the Muslim conquest in 711 they cultivated it almost immediately in Valencia. Its origin is Asia, probably India, more than 10,000 years ago.

The oldest document that attests to the existence of rice fields in the Valencia region is the ‘Llibre de repartiment deValencia’ by which James I divided the newly conquered territories amongst his collaborators in 1238.

Rice cultivation has been traditionally important in the Valencian Community that it has greatly influenced its cuisine.  So many of the typical Valencian dishes are predominantly rice based. One undoubtedly stands out, the Paella which originated in the rice fields near the Albufera lagoon.

Significantly, the International Paella Contest is held every year in September in Sueca.

Spain is the only European producer of persimmons, particularly here in La Ribera.

Generally it is said that the persimmon originated in Japan and China where it has been grown since the eighth century. Later it was introduced in Western countries: the United States, in the early nineteenth century and in France, Spain and Italy, around 1870.

In Valencia, specifically in La Ribera del Xuquer, varieties of the astringent fruits like Bright Red (local variety of Carlet) and the non-astringent type Sharon are grown.

A home method, to eliminate astringency is to gather persimmons when they are still firm and place them in a closed container, add alcohol or an alcoholic beverage but ensure that there is no contact with the fruit.  They are left for two or three days to lose their astringency (bitterness).

The tour starts with a visit to kaki/persimmon fields to see the trees and their fruits.  Then it continues with a visit to the agricultural cooperative which is responsible for the development and commercialization process.

The guide will explain the importance of the drainage and irrigation and will finish with a visit to the town of l’ Alcudia. 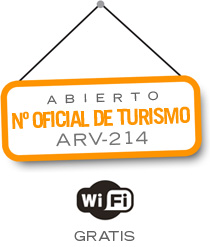